But You Seem Fine is a visual novel based on one of the developer’s struggles with invisible illness. Step into the shoes of 14-year-old Rae Kim, who becomes sick with a mysterious illness, and follow her journey as she and her mom search for answers.

Get to know Rae while you make decisions that determine her story, with five different endings. Explore relationships with other characters as she faces the struggles of adolescence and illness.

This really hit home for me, especially how difficult it is to maintain friendships while being ill. Man. went through the same process with my mom. Thank you for making and sharing this.

Great game, I played it on my phone first and immediately went to see if KJAM had made any other brilliant works. After discovering they haven't I decided to see what happens if I don't search for answers. That ending hits hard, but no where near as hard as the part where you find out it's not a tumor!

i literally cried playing this-

as a person with a chronic illness, I personally related to this so much. the frustration of visiting so many specialists and ending up with negatives is somthing i would wish upon no one.

sobs i love this game so much

she looks like marcy from amphibia (best Disney channel show)

i thought that too, they look so similar

I have chrons disease and my parents thought I was fine for ages until I begged them for help. damn this hit home

I'm struggling with ME/CFS and a lot of things are similar. I did the sleep test too, but it came out normal, so it was not a sleeping disorder in my case. I'm glad this game exists, there are illnesses that are not understood even by the doctors, they aren't seen on the body or in the test results, so a game like this helps to spread awareness and empathy

I'm currently experiencing this and have been since I was nine, I'm now 16. Thankfully we got some answers but we're still getting more. I have an autoimmune disease and I'm getting worse. I can't go to school anymore, walk anymore. I can only exist. I haven't even stepped foot in a high school.

i cried so many times-

Experienced the same bs with doctors at 11. So glad to see this

coming back to this game with a bunch of months of medical testing I'm even more grateful this exists. I still don't know what's going on with me and most of my family just kind of gave up. I'm still pushing to find a solution or even just an explanation but most doctors don't actually care enough to try to find the root of the problem and just fkn look for the "most obvious solution" that doesn't help at all! Some people even believe I made it all up and ask me if it's gone now, like it's just gonna dissapear or I'll get tired of faking. Just, thank you. Thank you for making a game that feels so relatable now. Thank you for showing the kinds of stuff a lot of people have to go through.

I knew someone would say that

This was relatable on a level that's so- deep, in a way. The constant testing, doctors, the misdiagnoses from everyone. It makes you feel so awful + the meds they put you on. I love this game for how well I can understand it. Thank you.

alr- that was good

chronically ill 20-something here who's had health issues my whole life, thank you for making this. <3

how do i download this bc my browser doesnt suport

thx i will try that

it worked i finished the whole story im glad i  did

I'm going through something of a similar situation right now, right down to the constant fatigue. I've almost given up on trying to find someone who will actually listen to me multiple times, but it's reassuring to know that, even if I can't get a diagnosis of my own yet, there are other people who've gone through the same kind of thing and gotten through it. I'm so grateful that there are things like this game that help me, and many other people, feel a little less alone. Thank you.

This was such a good game. The story felt very real and very relatable (somehow? I haven't been through all of this but I just felt so much and got absorbed by the story) I got teary eyed a few times and I really loved how the ending isn't "and she healed!". I love how it talks about "the new normal" and how things can't really go back, but they can become something good.

I honestly can't describe how grateful I am this exists.

I don't have enough words to say how much I love this game, waaaay before I knew my own illnesses I tried to play and was already relating so much. Can't say it was what took me to doctors because it wasn't but I was already at the annoying trial and error phrase so could relate to the medical fatigue

Now quite a few years later I tried to play again, now in road to recovery adjusting well to medication and getting help but still not quite there, even when the situation is different I still adore this game. Inspired me to make one of my characters on a DnD campaign also have narcolepsy, which in turn also made me and my best friend research more about it

Loved this. And actually really appreciated that it had a happy ending, but one that was REALISTIC.

Steven universe reference on the poster! And Hamilton but I haven’t seen it so I don’t care as much

As someone who went through nearly the very same thing (Though mine did end up being a pituitary brain tumor, tho different type) when I was like 13/14 this struck quite a chord. A really solid representation of that feeling too.

As someone who's been hospitalised a lot as a kid, this is realistic. Amazing game and storyline, 10/10

I also love all the Hamilton and steven universe ref!!

Nice storytelling! Even had to cry a little along the way.

Also i can learn a bit of how to be empathetic or how not to be from the characters.

I swear I had this same sorta thing a while back and the third thing they were going to do was a sleep study. These are some L doctors

Omg this story is so heartwarming and genuine , W author

Amazing editing!! I wish I was that talented✨✨✨

Btw she has an amazing mom!!!

lChapter 1 Mwah chefs kiss❤️🥺✨👏 Although it sounds like she should see a therapist🫥🫥li loved the game anyway good job!!✨👏🥺

I really loved playing this game. It really made me see what a lot of people with mystery illnesses could go through. I was thinking that it was that type of condition but knowing how this started with a cold I was doubting that, but it was that in the end.

I feel like there is no reason to put in a spoiler about the game's conclusion here; kind of makes it less of a mystery for those who have not finished it yet!

Yeah you're right sorry about that

OMFG SADIE COMING IN CLUTCH WITH "Have you heard of psychosomatic symptoms?"

THAT MADE ME SO HAPPY OMG

But in the end it was not psychological.

I was screaming "SEE A PSYCHOLOGIST! A THERAPIST! PLEASE!"

Reply
The Gaming Goblin308 days ago

That fucking piano gave me everywhere at the end of time flashbacks.

As someone who is currently looking for a diagnosis, this game really resonated with me and I'll admit I did cry a few times. Though my symptoms don't seem as severe as Rae's, I've also struggle with exhaustion since middle school. As soon as the bits about automatic behaviors came up I was sure her diagnosis was gonna be narcolepsy. Wonderful game <3 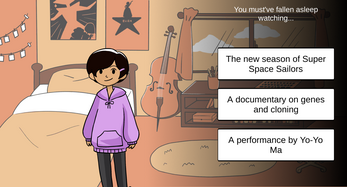 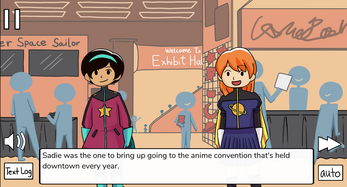 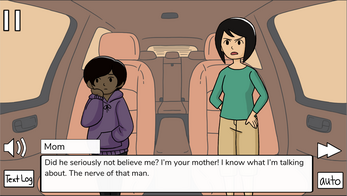 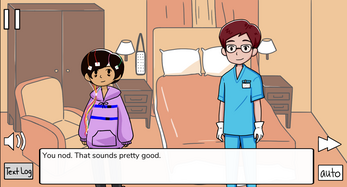